Custard soup anyone? 10 ways to recycle your food

Once I had made a confession over on our Facebook community about sneaking uneaten jacket potato skins into the following day’s soup, they were all at it, sharing the gruesome details of some of the food they have ‘recycled’ at home.

Here’s a roundup of what you’ve eaten:

Nothing too awful but I knew a vicar’s wife who put leftover custard into her soup!

I put a few spoonfuls of baked beans into a casserole

Carrots, spinach, leftover veggies, blended up in the spaghetti sauce. No one ever caught on!

I recycle everything possible. Just last night I made Mexican rice and tossed in some Mexican meat from a meal the other day. No one noticed. I also grated a zucchini into it for good measure. not a word from anyone!

Have put the dog ends of bags of salad into soup, also sad bits of cheese and odds and ends of cooked rice. Almost anything goes into soup!

I had a bit of black bean soup left over a few weeks ago. It wasn’t really enough to make a whole bowl for the both of us, so I heated it up and poured it over some nachos with diced onions, peppers, and mushrooms, added a bit of shredded lettuce and cheese, and we had …. nachos supreme! It was delicious.

I sometimes make fried leftover porridge pancakes. Just save some from the day before – it will go solid in the fridge, cut it into strips and brown quickly in melted butter.

Talking of porridge, that reminds me of the time I recycled breakfast.

Little Miss Green couldn’t manage hers so I told her she’d have to eat it when she got in from school.

Funnily enough she wasn’t hungry on that one night!

But after dinner, beautifully in line with my cunning plan, she asked if there was anything else to eat…

I went off to the kitchen, found the left over porridge, added a couple of squares of chocolate, a dash of cream, a squirt of agave syrup and some vanilla extract then reheated it.

A delicious chocolate pudding, that hardly touched the sides of her mouth.

What about you? It’s time to confess all  – how have you managed to ‘recycle’ your food recently? 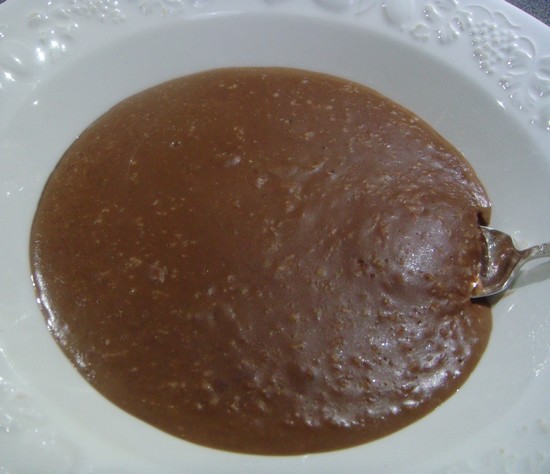