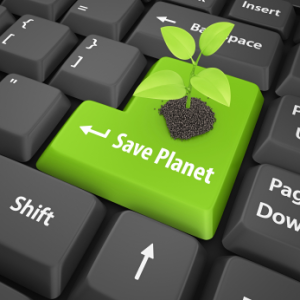 If you’ve never heard of it, Earth Hour is an awareness campaign with the mission of “Uniting people to protect the planet”.

The first ever Earth Hour took place in Sydney, Australia in 2007 and was the brain-child of the WWF.

They asked individuals, politicians and businesses to turn their lights out for one hour to take a stand against climate change.

The following year, 35 countries had signed up and it’s now an annual global event with people happy to turn their lights off for longer than the hour and events taking place around the globe.

Here in the UK, landmarks and iconic buildings from Big Ben and the Houses of Parliament to the National Theatre turned off their lights in 2011. And the list is growing year by year.

So what are you going to do in the dark for an hour?

Well how about a candlelit dinner with your family, a picnic in the dark or a cuddle with the dog?

We’re fortunate enough to have a woodburner here at zero waste towers so we simply sit infront of the fire, talking, reading stories or playing board games and allowing our minds to wander as the flames hypnotise us.

If it’s a clear night, go outside and stargaze.

If it’s cold snuggle up with a hot chocolate by candlelight.

In today’s fast-paced world this is an invitation to stop, re-connect and consider what’s really important to us.

Although EVERY hour should be Earth Hour, it’s also a great excuse to get on board with making a new resolution to do something you’ve been meaning to do to slash that carbon footprint.

What are you doing for Earth Hour?