Is Climate Change a man-made problem with a Feminist Solution?

Have you heard of the Mothers of Invention Podcast?

When a journalist contacts you and writes “I’m producing an independent podcast about women who are tackling climate change. I’d love to talk to you more about the incredible impact you’ve had so far with your work.”

How could I refuse?

Asking more about the podcast I was told:

“Hosted by Mary Robinson and Maeve Higgins, the Mothers of Invention Podcast will celebrate the work of women on the frontline of global climate change from all over the world.

These are the stories of heroic women who are leading the charge in fighting both the causes and effects of the emissions crisis, no matter what their context in life. These are stories of heart, hope, genuine change and scale and will be told in beautifully produced documentary style.”

Milly arrived at my house, microphone in hand, and we spent an hour on my sofa unpacking the Zero Waste Week campaign story. From its humble beginnings with 100 participants in 2008, to the #ZeroWasteWeek hashtag reaching 56 million impressions last year, along with a mention in parliament in 2015 and being voted number 1 in Resource Magazine’s ‘hot 100’.

A few weeks later the first Mothers of Invention Podcast launched with a focus on Litigation, closely followed by a rave following. 10,000 new listeners subscribed to the podcast in the first week and there was a flurry of press in print, on the radio and online; including the Guardian, Gizmodo and Irish Times.

Episode 2 and the frenzy wasn’t going away any time soon. Press coverage travelled beyond the UK and Ireland and the US, with pieces popping up across Europe and in China. The podcast reached 20,000 subscribers.

Now I admit I took a sharp intake of breath when I saw their marketing message: 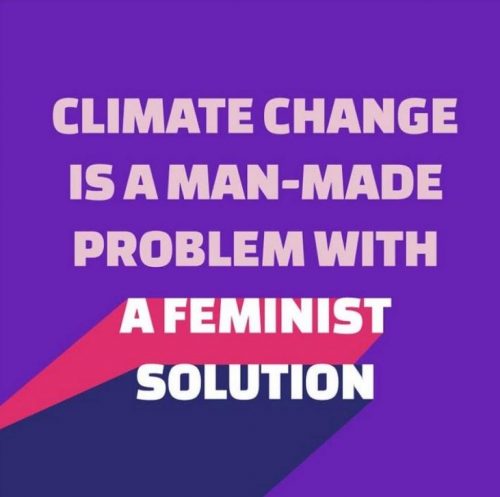 “Climate change is a man-made problem with a feminist solution” Coz, ya know, I don’t label myself as a feminist and, whilst I assume ‘man-made’ is meant to read ’caused by human beings’, the obvious play on words felt as if we were blaming men and only women held the solution.

My rallying cry for the Zero Waste Week campaign is all about co-operation, not competition. This message felt potentially divisive, alienating and perpetrating our blame culture. But a quick call to the Mothers of Invention team enabled me to hear their perspective. It was explained to me that women across the world are the most concerned and most affected by climate change, but at the same time, the least vocal and the least responsible.

And that their tone for the podcast is celebratory, optimistic, empowering and inclusive.

You can’t argue with those keywords, can you?

Concerns set aside, the first podcast I listened to blew me away and I have to admit I had tears in my eyes a couple of times with the stories shared. It’s not always easy listening – some of the stories of hardship are gripping – yet the outcome is always positive and rousing.

The third episode out today – called ‘Taking Over’ – focuses on the issues of plastic and profiles the women who are helping us consciously-uncouple from our toxic relationship with single-use plastic; a material created to be used for mere minutes but designed to last for thousands of years.

All the featured ‘Mothers’ are highlighted on the Mothers of Invention website, and as each episode goes live, they populate the site and social media activity with specific calls to action.

Now take 45 minutes out from your day and have a listen to the Mothers of Invention Podcast episode featuring yours truly. I’d love to know what you think!

Below are some of my favourite quotes from the first two episodes: 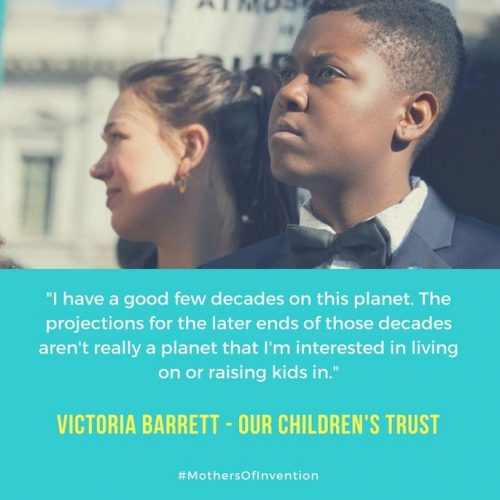