The Smart Cara review – is it the solution to food waste? 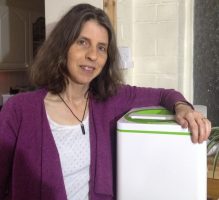 The Smart Cara is described as the ‘State of the art solution to the food waste problem’.

It sounds too good to be true, right?

I’ve been fortunate enough to be trialling the Smart Cara for the past month and I’m eager to share my thoughts with you.

I started my trial with the assumption that everyone in the UK had food waste collections from the kerbside.

In fact, only 60% of us do, meaning the other 40% of residents have to deal with their own food waste. And with many of us having fortnightly or even three-weekly collections I’m curious to know how they deal with this issue. Not everyone has the space, time or ability to compost, right?

I’m happy to report that the Smart Cara is simplicity itself to operate. You fill up the bucket with your food scraps (the unit will happily deal with cooked food waste, meat, fish and even small bones), turn the machine on when the bucket is full and in a few hours the Smart Cara will have drawn 80% of the water from the food, leaving you with a lightweight substance. You can use this to light a fire with or add to your raised beds and containers as a soil enhancer.

The unit also has a wash cycle, which I admit I thought was a bit of a gimmick. Until I needed to use it! At one point the bucket looked as if it was coated in a burned mix, which I could not shift. Running it through the wash cycle bought that bucket back as good as new. I was super impressed. 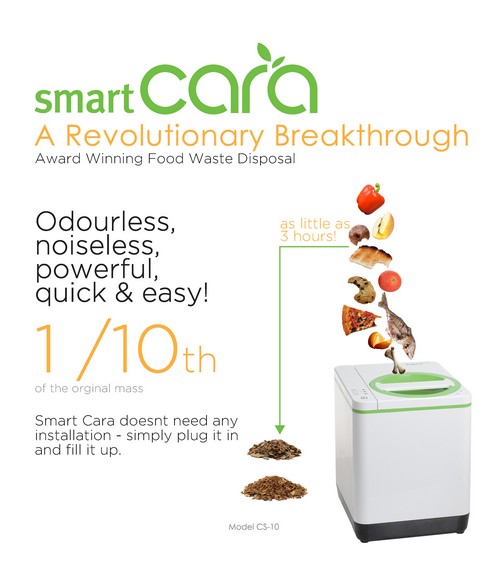 It’s reasonably quiet to operate – not whisper quiet – but then I’m very sensitive to sound. It whines a bit and sings in major thirds, but I just sing back to it. And sometimes it sounds like a paddle gets stuck and it might squeak or groan. But I’ve just got into the rhythm of turning the machine on before I go to bed and coming down in the morning to everything done for me without having to listen to it.

How much does the Smart Cara cost to run?

I monitored my electricity usage throughout the month and it costs 0.7 – 0.8 KWh per cycle. For me, this equated to around £2 for the month, using it about a dozen – 14 times. In addition you’ll need to replace filters every so often, which will cost another £2 per month. For me, spending £4 a month on dealing with food waste is acceptable; I’ve probably spent more than that in previous years on bin bags and disposable products such as kitchen roll.

How much does the Smart Cara cost to buy?

The unit itself currently costs around £400. And I’m wondering how prohibitive this could be for people. I spoke to a range of people (who are NOT into the zero waste lifestyle) to ask what they would pay for it. Prices ranged from £40 – £350, although one person thought it might be WORTH £1,000 as it appears to be relatively new technology. I can see a market for people who live in high rise flats, who don’t have food waste collections, who like to ‘do the right thing’ or simply love to have the latest gadget. Let’s not forget that the machine was designed in an country where people also have to ‘pay as they throw’ – in which case the Smart Cara could well pay for itself relatively quickly.

Personally, I’m a convert. I like the choice of being able to compost or use the Smart Cara. It’s very simple to use and its effective. And it’s a talking point when people come to my house. I think it might be better suited to a commercial market – make one as big as a top loading washing machine and offer it to pubs, hotels and schools around the country and I think you’ll be onto a winner. And you could make it even more fun by making the top or the front panel see-through so you could gawp at what’s going on in there. I want to see those cleaning fairies at work!

What about you. Do you have food waste collections? If not, would you consider a Smart Cara or do you have another method for dealing with food waste?