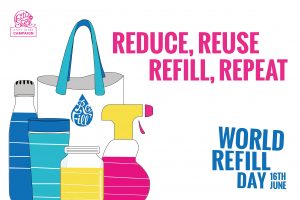 This Wednesday sees the annual #WorldRefillDay campaign, run by City to Sea, who are behind the “Refill” app.

City to Sea invited me to add my voice to their campaign and sent me a questionnaire, which I thought I should share here.

My mission is quite simply to get more people wasting less. An important part of this is to help Refill move from niche to mainstream. That’s how I came to join SESI Refill alongside the work I do for Zero Waste Week.

The catalyst for Rina Melendez starting the SESI brand was dissatisfaction at the fact that early Refill models, really only pushed single-use packaging waste further up the supply chain. Rather than hundreds of consumers having to dispose of packaging, it was the retail outlets disposing of packaging. Better, yes, but still not good enough. So SESI set about working out how to do it better. They now have a fully circular packaging supply chain model and the great news is, you can now get anything from washing up liquid, to olive oil, to crisps in Refill.

I joined both organisations at roughly the same time, when I published my first book, 101 Ways to Live Cleaner and Greener for Free, and the accompanying Dustbin Diet workshop for schools to make their own version of my book, learning about circular economy, waste management, recycling, sustainable living and carbon footprint along the way. I wrote both, because I recognised the good work going on in primary schools and universities but a complete gap in secondary schools – just at the point in young people’s lives when they become independent consumers – in other words , right when they need the learning, the examples and the influencing the most. 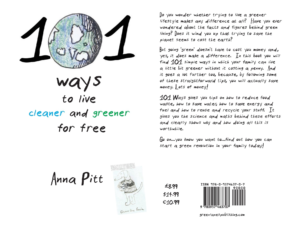 With Zero Waste Week, I guess the biggest success is that we’ve helped make waste reduction trendy and we’re keeping it real and grounded so it it isn’t all about being anti-plastic, but rather, it’s about reducing all waste, by rethinking rubbish as resources and the behaviour change that switch in mindset brings about.

For SESI, it has to be the trust it has built, which has enabled them to fight the greenwashing behind some Refill models and come up with a business model that enables true Refill, making sure customer efforts aren’t destroyed by pushing the waste further up the supply chain. Plus, of course, the 2 million plastic bottles or packets they’re saving annually and the fact they’ve just been placed in the top three recommended brands by Ethical Consumer Magazine.

The biggest challenge is definitely the  greenwashing and the confusion that brings. So many people tell me they don’t know what to do for the best. They want to be sustainable  consumers but there’s so much confusion and conflicting advice.

The pandemic slowed everything down. SESI and many of its customers – Refill outlets – had to close for a month to work out a COVID safe business model, but they’ve bounced back and are now seeing a return to the pre-pandemic growth levels.

Rachelle and I at Zero Waste Towers wrote a fantastic campaign that didn’t get to see the light of day. We had some great long-term projects to help some business customers significantly reduce their waste – Refill was a big part of this work! But it all got cancelled. However, we went back to the drawing board and pulled off a Covid Safe campaign for Zero Waste Week 2020 – a little scaled back – but giving some great results, none-the-less. A real upside for me is that I’ve gone from presenting in pubs, village halls and school classrooms to 30 people at a time, to presenting all round the world to thousands of people without getting on an overnight bus or train. (I can’t wait to get back to the pub and the classroom though!)

It’s the fact I know what I’m doing is making a difference to people and planet that gets me up in the morning.

The biggest opportunity for growing the Refill and Reuse revolution is from the rapid growth of the independent refill and zero waste outlets. In the last 2 years, SESI alone have seen 422% growth in the outlets we supply. We call it the Blue Planet effect. They are bringing more and more producers into their fully circular supply model too.

The more consumers start Refilling their groceries, the more the behaviour change needed to turn off the tap on Ocean Plastic will grow and become normal. In 2014, I asked my local butcher / deli / veg shop to allow me to use my own containers. I’m sure they thought it was odd, but they went with it. They now take pride in telling me how many customers do the same. This means that by the time the fantastic innovations working at solving the hugely problematic food-on-the-go packaging problem come along, consumers will be ready and uptake will snowball.

I have long believed that Refill is the future. Recycling just isn’t enough. I’m so glad that I’m one of millions who now agree.

Start by carrying a reusable water bottle and a bag with you everywhere you go.  You don’t need anything fancy to get started, you’ve probably already got a bottle and a bag you can use. Make those two items as important as your wallet, your keys and your phone. 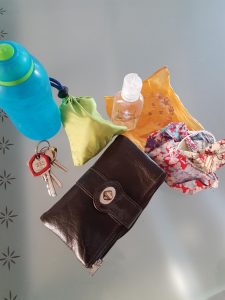 Don’t leave home without it!

Once you’ve got that sorted and it has become a habit, you’ll find something else in Refill. Before you know it you’ll be refilling everything you can. Then, like me, you can forget about rubbish. You can give your bin a birthday outing and you’ll no longer need to worry if you miss two or three or four recycling days. You’ll be shopping naked and free of the worry of waste. If you download the Refill app, you can have some fun calculating your impact too. 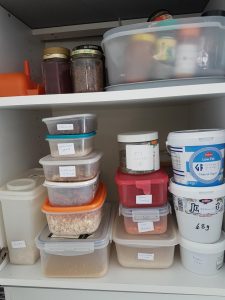 It doesn’t have to be pretty to make an impact!

My Refill hero is Rina Melendez, founder of SESI (and actually the whole team that supports her). She’s built a sustainable business that constantly strives to positively impact people, while reducing the negative impact on the planet.

Actually, though, it’s not just about the heroes, it’s about the thousands of people working their socks off to bring Refill to more people in more places. They are all heroes, as is every single person that takes even just their first step to join the Refill Revolution. The future is Refill. 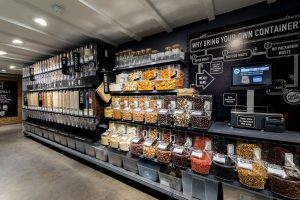