Time for a little humour…

Making changes and learning something new doesn’t always go to plan. But the thing is, don’t let it put you off. When things go awry, the important thing is to take a step back, chill out, learn from your mistakes and move on, isn’t it? How many times have you had things go wrong and then when you look back, it is those very things you end up telling people about and having a good laugh over.

Many Zero Wasters I know turn to making their own bread. Home-made bread is such a pleasure and generally very easy to do – especially if you have a bread-making machine. (You might even be lucky enough to inherit one from your granny like me or you could have a browse on Freegle!) Bread-maker bread becomes a five minute job, saves loads of money,  and tastes delicious. You do need to make sure you use the right ingredients. Many recipes call for things like milk powder or sugar. You don’t actually need those things. But you do need flour, water salt and yeast. Yes, you’ve maybe guessed it, I forgot the yeast. It took me three days to get the rock hard lump out of the bread maker and I broke the metal slice that I was trying to use to coax it away from the sides. It did eventually come out in a few lumps, but then I wanted to try and do something with it. How was I going to rescue my rock hard bread? I know, I’ll whiz it up into bread crumbs. I did manage to break it up a bit more into smaller pieces that I thought my food processor could cope with. But very quickly, I detected a feint burning smell. The motor couldn’t cope. Oops! Plan B needed (well I suppose if you consider Plan A was actually a loaf of bread, then technically it was a Plan C). In my book Leftover Pie I have a fab recipe, contributed by Jen Gale, called Dead Bread Pudding. You collect up all your bits of crust and stale bread and soak them in a milk and egg mixture along with any other bits you fancy, like bits of ham, cheese, bacon – that kind of thing and it makes a yummy quiche-like dish. With my failed loaf whacked up with a rolling pin and a lot of will power I soaked it in a full pint of milk with 2 beaten eggs, and sprinkled in some grated cheese.

Let’s have a think… my flour, salt and water (because I forgot the yeast) probably cost me no more than 30p as I buy my flour in a Zero Waste shop and it is much cheaper than by the bag. Add to that a pint of milkman milk – about 80p – a couple of free-range eggs that’s another 50p and a generous amount of cheddar – easily £1. Plus the cooking time. It was edible, but only by me. Everyone else flatly refused to even taste it.  It took me 4 days to eat it, having it for breakfast and lunch. Moral of the story… sometimes when you have a disaster, just let it pass, dispose of it as best you can – I wonder how long it would have lasted on the compost heap? 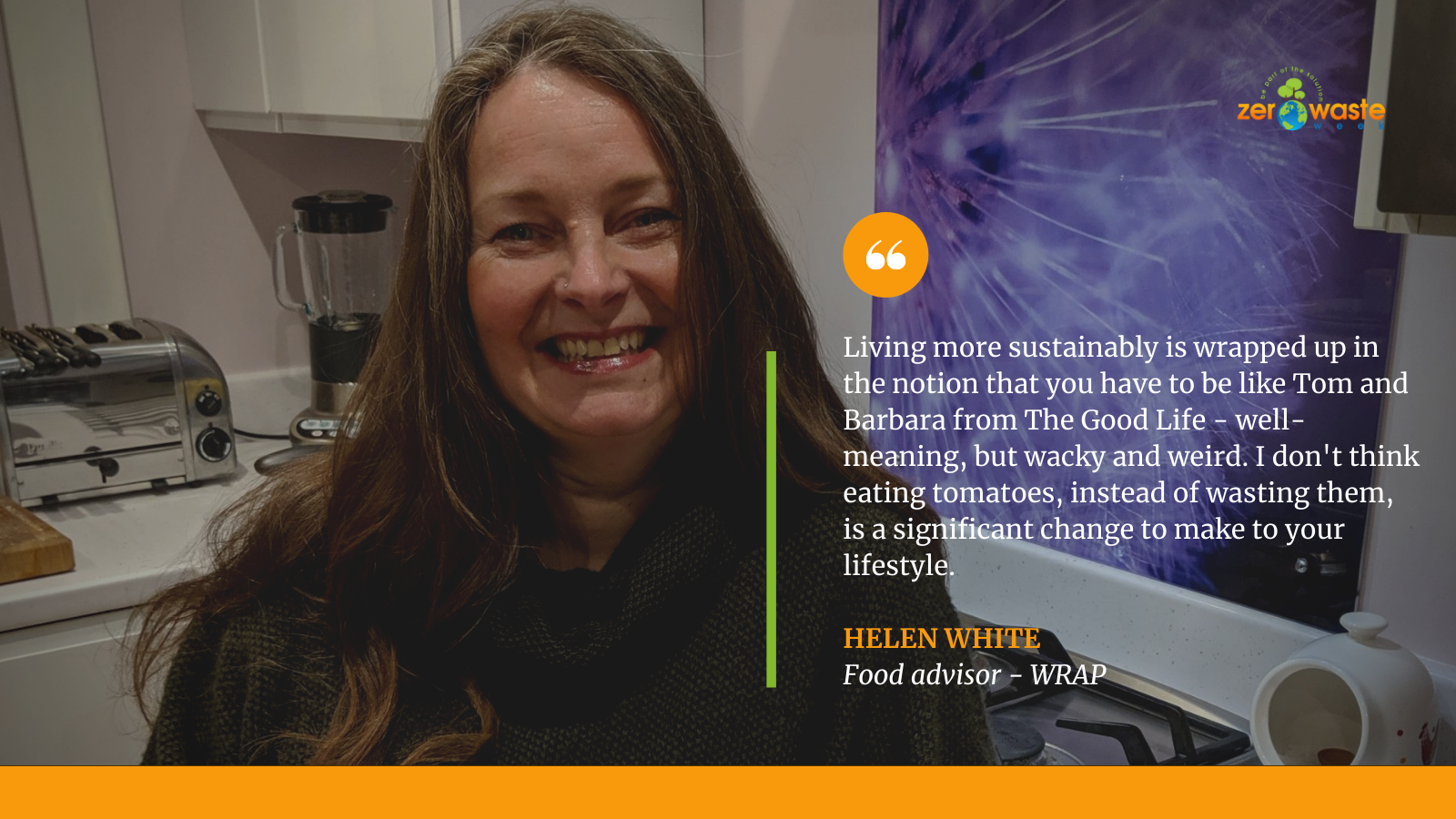 My funniest challenge also came with a huge lesson learned about looking at the bigger picture. It goes back to 2008 – at the beginning of my Zero Waste journey. I had rather a spoiled cat, who was fed fresh chicken. I realised that supermarket chicken packaging was contributing to my landfill waste, so eventually plucked up the courage to ask my local butcher if he’d put a whole chicken in one of my own large reusable plastic containers next time I visit. He agreed, much to my surprise.

The following day was ‘mission naked chicken’.  I went on a couple of errands involving our local farm shop where everything is sold loose (apart from chickens) and went back to the butchers.

We came back home for a bit, went back to the butchers three hours later and returned to, you’ve guessed it…….

Everything was going well until I found out that I had….

No problem, with our integrity intact we struggled to the car with our shopping in our arms.

Feeling rather smug with ourselves we went to pick up our daughter from a friend’s house. When we arrived and moved the shopping for her to get into the car we realised why most yogurt manufacturers favour plastic cartons with heat sealed lids.

The yogurt had leaked over the back seat.

I don’t know if you’re familiar with the spilled yogurt in back of hot car scenario, but it’s pretty whiffy and messy.

Never mind, we decided to go to the butcher again.

We were over half way there when I realised we’d forgotten the box to collect the chicken in. Even I, no-plastic-bag-please advocate was not going to carry a raw chicken in my hands and nurse it all the way home.

We turned the car around, came home, got the box and arrived at the butchers to find…

I silently wept into my reusable box.

Of course, what I quickly realised was that even though the following day I successfully purchased a naked chicken, it had come at an extraordinary cost to the environment in other ways. I most likely cancelled out the packaging I had saved by belching out exhaust emissions into the air.

But I learned from it and have been much more prepared ever since with checking I have all my supplies, contacting small independent suppliers to check opening hours and combining errands 😉 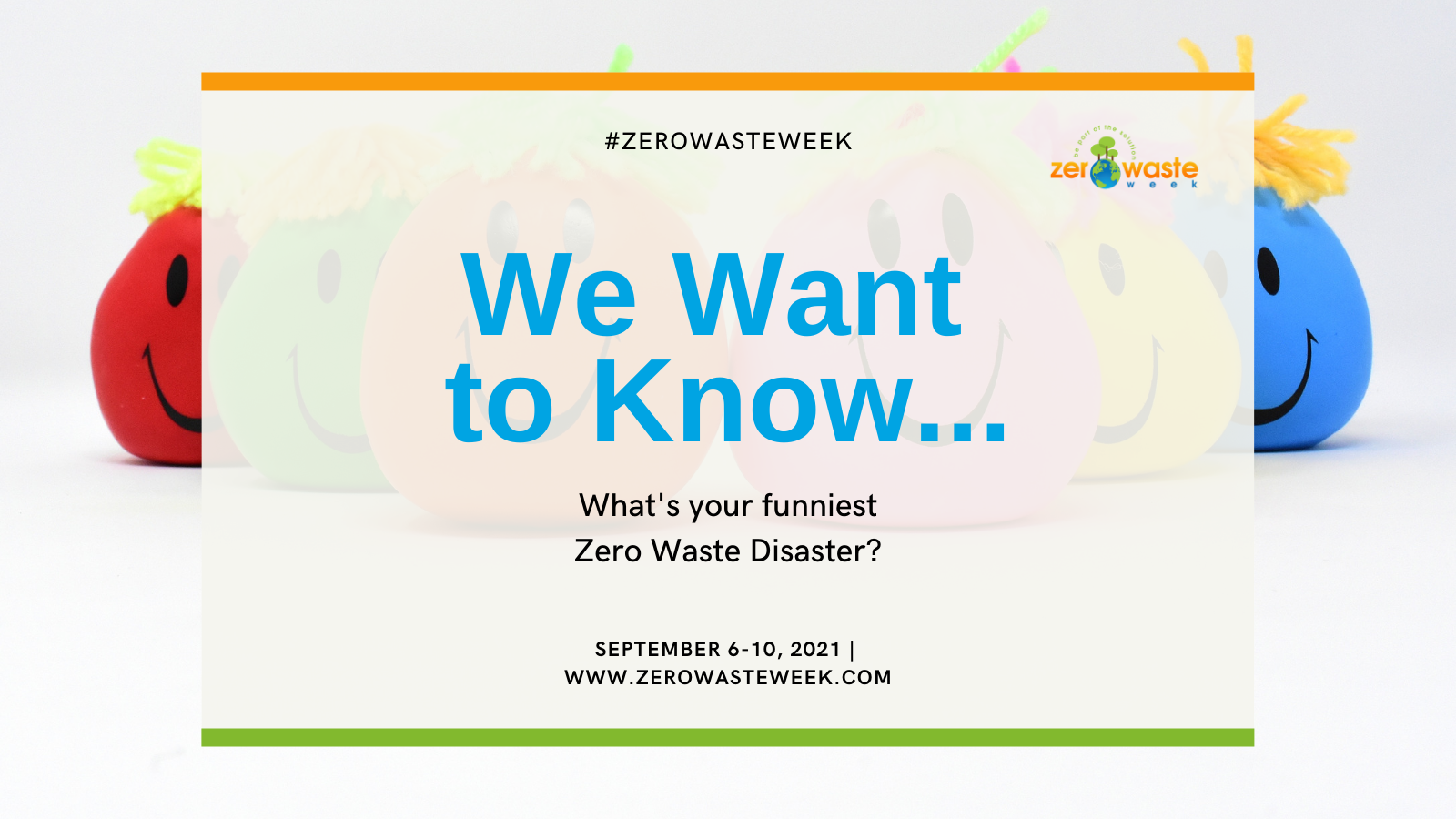 Claire lives with her husband and three kids near Birmingham. Claire is a Zero Waste ambassador who blogs to raise awareness about eating sustainably and the impact of food waste.

She says: “When my daughter was 5, she was an angel in a school nativity play. Rather than buying a costume for this one off event, I thought I would re-purpose an old one. Sewing is not really in my skill set but I set about sewing some patches onto her dress. Only when she tried it on did I realise I had sewed everything onto the back of the dress rather than the front! Fortunately, she was playing the role of ‘Whoops-a-daisy-angel’, a rather accident prone clumsy angel, so I told her teacher I had done it on purpose as I felt it better reflected the angel’s character.”

I’m not sure the exact cause of this disaster, but I suspected the vinegar I was putting down the toilet to clean it. Basically the paint started peeling on the wall behind our toilet. There was also a strange smell. We fixed up the wall, but it started peeling again. So then we called out a plumber who said our entire waste pipe had disintegrated. It was seriously disgusting! We aren’t sure if it was the vinegar or if a rodent had chewed it. After that I stopped doing so much cleaning with vinegar though to be on the safe side!

Making my own beeswax wraps, without a doubt, was a complete Zero Waste disaster for me. I’m not sure what I did wrong, but it was very messy! We also tried making our own sausages once as well. That was a very amusing, messy, innuendo-filled evening, as I’m sure you can imagine!

And what do other Zero Heroes experience?

Mine’s a classic case of ‘The Woman Who Ate a Fly’ story! I live on a farm, so I try to live as naturally and cruelty-free as possible. For example, we had foxes that would steal our chickens and ducks, so I simply bought a cat to deter them away. A funny story, which unfortunately has become a recurring one, is when I decided to own pigs with one benefit of not having to use weed killer, but they have caused more hassle than anticipated. These once little piglets are now giant beasts that constantly break free from their pen! So, if you visit my farm one day, expect to see me running around after them.

To me though, I don’t see anything as a disaster, but as a learning experience. It’s like cause and effect, you change one thing but may not foresee something else that could be affected because of this. No matter what stage of the Zero Waste journey you are on, there will be challenges, no one is perfect, like fitness or a habit, if you fall off the bike you just get back on. It’s about learning and opening your mind.

I swapped out liquid shampoo for a shampoo bar for my son, who is nine. The first one worked brilliantly, but I admit to being slightly put off, when it came to buying it again, by the price … So, I plumped for a different one, which was on offer. He washed his long, beautiful hair with it, but was clearly having trouble rinsing it out. It took ages to dry – this was a sign! The next morning, Monday, a school day, he looked like he’d washed his hair in chip fat! I had to wash his hair over the bath and dry it amidst the usual time-panic and chaos of everyone getting ready for work and school. I went back to using liquid shampoo, which I realised we’d actually had for years, because he uses so little of it, we were hardly being wasteful anyway. I’ll cough up for the more expensive bar when the shampoo runs out! And I’ll recycle the bottle, of course.

I once tipped headfirst into the garden waste bin in pursuit of precious seedlings that had been dumped there in mistake for weeds!

I’m not sure if it was a total disaster but we trialled a nettle beer which went fairly wrong and turned into a rather potent wine. This was in 2009, we still have a few bottles and subject ourselves to one glass per year to remind ourselves to pay more attention to recipes.

Funniest disaster? Trying to make eco-bricks by stuffing non-recyclable plastic into a squash bottle. I just couldn’t get enough in to reach the required weight. even though I cut up the pieces to eliminate the air, and pushed it down with an old broom handle. There were pieces of plastic everywhere. I gave up! 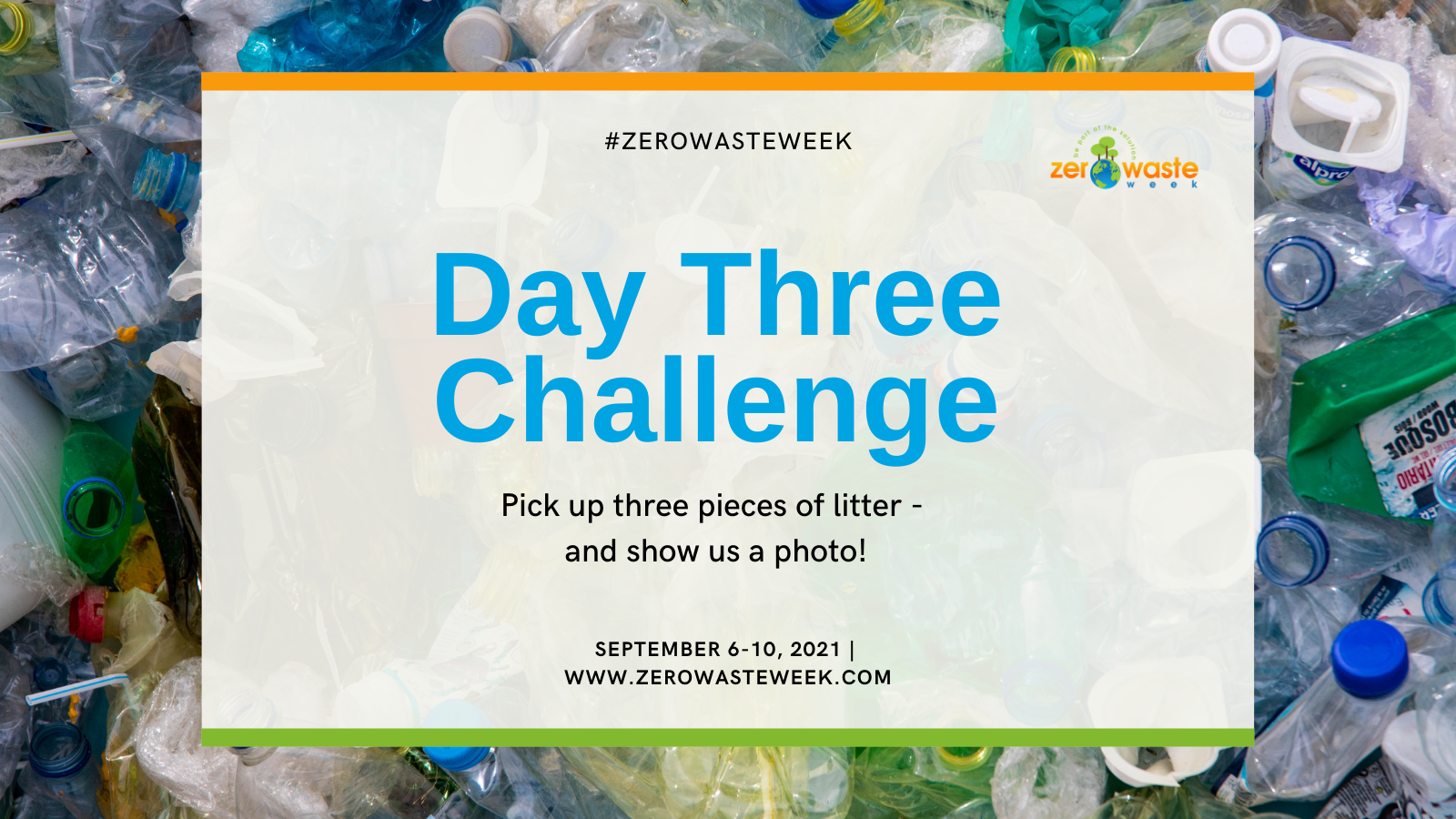 Get outside and take a look around you. Whilst it is funny, and also hopefully inspiring – in a cautionary tale kind of way – to read about the Zero Waste Disasters, the biggest waste disaster is the constant leaking of packaging, plastics and litter into the environment. You won’t need to go very far, probably, to pick up three items of litter and put them into your recycling bin if they are recyclable or in your general waste bin.

So go ahead and pick up – and responsibly dispose of –  three pieces of litter today. Bonus points if you inspire others to do the same or post a pic of you and your rubbish collection on social media. Use the hashtag #ZeroWasteWeek